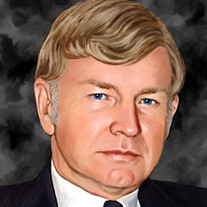 SERVICES HAVE BEEN RESCHEDULED. PLEASE SEE BELOW. Country Gospel Artist C. Ray Billings, age 77, of 491 Rivers Edge Road, Sparta, N.C. went home to be with The Lord Wednesday, August 5, 2020, at Forsyth Medical Center in Winston-Salem, N.C. He was born July 7, 1943, in Skygusty, West Virginia, to the late Alonzo Franklin and Ruby McCoin Billings. In addition to his parents, he was also preceded in death by a brother, James Billings. Ray is the youngest of a family of four. His father was a hard-working coal miner, who worked in West Virginia and could only come home to Sparta, N.C., on weekends. His Christian mother, a devoted housewife and mother, took good care of the kids while Dad was away working and instilled in all of them her Christian values.At the Age of 15, Ray became interested in music when his brother James and cousin Tommy Combs played 50's rock-and-roll and country music in a band. Ray's brother-in-law, Jim Waddell, gave Ray a saxophone and this got him started in the music business. He taught himself to play. A short time later, he joined his brother's band and they were together several years, playing concerts, making records, doing radio and TV shows.Ray married Norma Jean Young in 1964, and moved to Elkin, N.C. Four years later, a daughter Kim, their only child, was born. Three years later, he wrote and recorded a song about her entitled "Dolls and Games." Daddy loved his little girl very much and still does. He began writing country songs in the early 70's and decided to move his family to Nashville, Tennessee, in November, 1973, to pursue a career in song writing. While living in Nashville, Ray became very ill with a perforated ulcer and came close to death. He had two major operations within six months. While lying in the hospital bed, Ray realized he was staring hell in the face because he had never accepted the Lord Jesus Christ as his Savior. At that point, he asked Jesus into his heart and was changed forever. Shortly after his illness, Ray gave up the secular music business and began writing Christian songs. He moved his family back to North Carolina and worked for some time as a promoter of Southern Gospel Concerts. The Lord gave Ray his first chart song, entitled "The Jewels in satan's Mansion," during a dark time in his life. The song was released worldwide on Glory Train Records in February of 2003. “The Watchmaker Song” released on the Glory Train Records compilation disk, tells of how the world and mankind must be God’s creation just like the watch had to have a maker. This song got tremendous play and reviews, especially in Europe, climbed to #11 on a chart in Italy, hit #23 in the top 40 songs reported to the Country Music Association (Europe). In this particular chart, Christian songs are mixed in with the secular/traditional country music. "The Watchmaker Song" after reaching #1 in "God's Country International Chart,” crossed over to the "European Country Music Association" Top 100 Chart, where it peaked at #24 and remained in that chart for nearly 6 months. It also appeared in other charts in the USA and around the world. Ray received Glory Train Records Promise Promotions, #1 Song World-Wide Award, October, 2003. August 2004, Ray’s Glory Train release entitled, “From A Bottle To A Bible,” hit #1 World-Wide in Country Gospel/Christian Country/Southern Music and he received another award for a #1 hit from Glory Train Records Promise Promotions. Ray continued to write and record gospel music through the years following, always receiving new material from The Lord. He also continued playing the saxophone, recording songs and playing live at events. He loved Jesus with all of his heart and soul, gave Him all credit for his musical ability, and was dedicated to spreading The Gospel until his last breath. He is survived by one daughter, Kim Wooten and husband Pastor Eddie Wooten of Sparta; one grandson, Joshua Wooten; one granddaughter, Kayley Wooten; former wife, Norma Y. Billings of Independence, V.A.; one uncle John McCoin of Lawrence, KS.; one brother, Lon Mack Billings, of Charleston S.C.; one sister, Shirley Waddell and husband Jim of Elizabeth City, N.C.; one sister-in-law, Linda Billings; several nieces and nephews also survive. Ray fought a very courageous battle against debilitating illness for 5 long years. His daughter, son-in-law, grandson, and granddaughter were honored to stand by his side and provide care every step of the way, together, fighting this physical and spiritual battle. They thank God for the strength He gives them, and for their time spent together with Ray. They also thank everyone out there who prayed for Ray and the family! The family requests the honor of your presence at the funeral service to honor the life of Ray at 3:00 p.m., Monday, August 10, 2020, at Cornerstone Christian Fellowship with Pastor Eddie Wooten officiating. Interment will follow at New Salem Baptist Church Cemetery. The family will receive friends one hour prior to the funeral service at the church. Due to the current COVID-19 regulations, our staff is committed to taking care of our guests and families that we serve. We ask all guests and family members attending visitations and services to please bring and wear a mask. Grandview Memorial Funeral Home is proudly serving The Billings Family and if you wish, online condolences may be submitted to the family at www.grandviewfuneralhome.com

The family of C. Ray Billings created this Life Tributes page to make it easy to share your memories.

SERVICES HAVE BEEN RESCHEDULED. PLEASE SEE BELOW.

Send flowers to the Billings family.