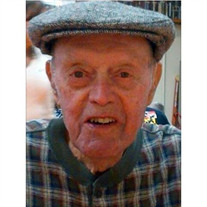 Carroll Dewey Edwards, age 89 of Tracys Landing, MD passed away peacefully September 5, 2017, surrounded by his loving family. He was born May 13, 1928, in the beautiful mountains of Stratford, NC to the late Charles Thurmond Edwards and Clyde Maggie McMillian. He was preceded in death by his wife Bernice Jarvis Edwards; four brothers, Odell Edwards, C.T. Edwards, Claude Edwards and Bobby Joe Edwards; two sisters, Ruby Kilby and Jessie Hill. Carroll is survived by his daughter, Linda Edwards Bilo, and son-in-law, Edward P. Bilo and two grandchildren, Edward Carroll Bilo and Eva Marie Bilo. He is also survived by a host of other family and friends and devoted niece, Patsy Andrews. Carroll graduated from Sparta High School in 1945 where he was class president and where he also met his wife of 49 years, Bernice Jarvis. After graduation, Carroll traveled to Toughkenamon, PA to work for two years with his Uncle Bert Edwards and son Tommy in the mushroom houses. Afterwards, he came home for the WWII draft and on the day he came home President Dwight David Eisenhower announced that the war was over. Carroll's next move to haul textiles for Central Motor Lines from Greensboro, NC to Chicago IL twice a week and to haul magazines back to NC. Shortly after, the company joined the union and fired everyone so on he went to work for Brame Wholesale Co.in North Wilkesboro, NC as a driver delivering butcher wrap paper. From 1948-1950 Carroll went into the Korean War where he was stationed at Fort Jackson in Columbia, SC as a cook and graduated as a mess sergeant. After his service he married his high school sweetheart Bernice Jarvis in 1950 and soon after he was employed by Anheuser-Busch as a sales representative/manager in their Marion, Virginia location and Bernice found employment at the Department of Agriculture in North Wilkesboro, NC. In 1955, Carroll and Bernice were convinced by Frank and Hazel Joines (Bernice's sister and brother-in-law) to come to Washington, D.C. to work and live with them. Since Bernice was already working for the government, she transferred to the Government Printing Office in downtown DC and worked as a graphic artist/editor while Carroll went to work with Uncle Frank at Washington Refrigeration Company. Not long after, Frank was able to get Carroll into the Local Union 602 Steamfitter apprenticeship school. After graduation, Carroll went to work for Washington Refrigeration Company as heating, ventilation AC mechanic. When Washington Refrigeration Company split Carroll went to work for Washington Refrigeration Service Company as their service manager. He later co-founded Interstate Service Company in July 1972 and was president until his retirement. He was a life member in Local 602. Carroll’s retirement years were spent enjoying his grandchildren and teaching them how to "fix" things instead of buying "new." He also enjoyed hunting, gardening, fishing, cooking cornbread and riding the tractor and mower every chance he could. He truly loved life and all the blessings that God bestowed upon him. In lieu of flowers, memorials may be made to: New Hope Baptist Church Cemetery Fund, 6522 US Hwy 221, Laurel Springs, NC 28644. Carroll will be laid to rest at a graveside service on Sunday, September 17 at 3:30 p.m. at the Sparta Cemetery in Sparta, NC. Grandview Memorial Funeral Home in Sparta and George P. Kalas Funeral Home, P.A. in Edgewater, MD are proudly serving the Edwards family and if you wish, online condolences may be submitted to the family at www.grandviewfuneralhome.com.

Carroll Dewey Edwards, age 89 of Tracys Landing, MD passed away peacefully September 5, 2017, surrounded by his loving family. He was born May 13, 1928, in the beautiful mountains of Stratford, NC to the late Charles Thurmond Edwards and Clyde... View Obituary & Service Information

The family of Carroll Dewey Edwards created this Life Tributes page to make it easy to share your memories.

Send flowers to the Edwards family.