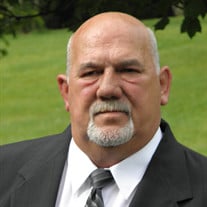 Charles “Chuck” Mack Sanders, age 67, of 1044 Pull Tail Rd, Glade Valley, NC passed away Saturday, July 21, 2018. He was born on February 8, 1951 in Mecklenburg County to the late Charles Joseph and Ruth Pennell Sanders. In addition to his parents, Chuck was also preceded in death by a nephew, Alfred “Al” E. Andrews Jr. and brother-in-law Alfred E. Andrews Sr. Retired Master Sergeant Charles Sanders was extremely honored to serve in the United States Army for twenty-three years, spanning from 1968 to 1992. During this time, he served three tours in Vietnam, being awarded two Bronze Stars, one Defense Meritorious Service Medal, two Meritorious Medals, five Army Commendation Medals among other awards and decorations; one tour during the Gulf War; and served in excess of twelve years in Foreign Services. Chuck later became a member of the Bruce Wayne Osborne VFW Post #7034. Being a true patriot, he was always proud of the country that he served and always held true to the seven core values of the United States Army: loyalty, duty, respect, selfless service, honor, integrity, and personal courage. He is survived by one daughter, Jenny Lineberry, and two grandchildren, Jade and Tayler Shepherd, of the home; one son, Paul Sanders of Elkin; one step-son, Roland Fielder and wife Ashely, as well as two step-grandchildren, Justice and Ariel, of Newbern; one sister, Juanita “Nita” Andrews of Moravians Falls; one brother, Mark Sanders and wife Lori of Sparta; and one nephew, Tray Sanders and wife Becky of Sparta; several cousins also survive. The family will receive friends Thursday, July 26, 2018 from 6:00 to 8:00 pm at Grandview Memorial Funeral Home and other times at the residence. A private Celebration of Life Service with full military honors by Bruce Wayne Osborne VFW Post #7034 will be held at a later date. In lieu of flowers, the family ask that memorials be made to Grandview Memorial Funeral Home, 789 Grandview Drive, Sparta, NC 28675. Grandview Memorial Funeral Home is proudly serving the Sanders family and if you wish, online condolences may be submitted to the family at www.grandviewfuneralhome.com.

The family of Chuck Sanders created this Life Tributes page to make it easy to share your memories.

Send flowers to the Sanders family.