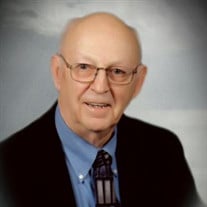 James “Jimmie” Frank Maines, age 79 of 13 Maines Hill Lane, Scottville, NC finished the good fight, and with his family by his side, peacefully went to be with his Lord on March 24, 2017. He was born July 24, 1937 to the late John Columbus and Carrie Dancy Maines. In addition to his parents he was also preceded in death by his brother, John Dancy Maines. Jimmie graduated from Piney Creek High School and Appalachian State University. He began his teaching career at Piney Creek High School, then taught Drivers Education at Alleghany High School until retirement in 1988. He then served as Magistrate for several years. He touched the lives of thousands of students by teaching Drivers Education for over 20 years. He also put in countless hours coaching at Piney Creek and Alleghany. He coached varsity basketball for boys and girls, was an assistant to Bill Jarrett in varsity baseball and softball. He also ran the clock at home football games for many years. His teams won many conference and district championships. His last coaching adventure resulted in two State championships with the girls’ softball team. He was an avid baseball and ACC basketball fan. In his spare time he raised tobacco and cattle, and owned a small furniture business. He was a member of First Baptist Church of Sparta. He is survived by his loving wife of 56 years, Kay Baldwin Maines of the home; two sons, Brad Maines and wife Susan of Amherst, VA, Barry “Tater” Maines and wife Melissa of Laurel Springs; three grandchildren, Kari Maines and Sheridan Maines of Amherst, VA, Mitchell Maines of Laurel Springs; special niece, Lynn Maines-Jenkins of Falls Church, VA; special nephew, Mike Maines of Boonville. The family requests the honor of your presence at the funeral service to celebrate the life well lived of Jimmie at 3:00 p.m. Sunday, March 26, 2017 in the chapel of Grandview Memorial Funeral Home with Reverend John McCray, Brother Hugh Miller, and Mr. Brett Jarrett officiating. Interment will follow in Scottville Baptist Church Cemetery. The family will receive friends beginning at 1:00 p.m. until time of the service at the funeral home and other times at the residence. In lieu of flowers memorials may be made to the building fund at First Baptist Church of Sparta, PO Box 668, Sparta, NC 28675. The family wishes to express their gratitude for the many friends who visited, called, sent cards, brought gifts and delicious food over the last several months. Jimmie was blessed by each of these gestures. Grandview Memorial Funeral Home is proudly serving the Maines family and if you wish, online condolences may be submitted to the family at www.grandviewfuneralhome.com.

The family of Jimmie Maines created this Life Tributes page to make it easy to share your memories.

Send flowers to the Maines family.