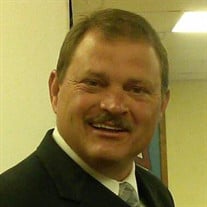 Pastor Mark Daniel Andrews, age 47 of 53 Rolling Green Road, Sparta, NC passed away Tuesday, May 16, 2017 peacefully. He was born June 23, 1969 in Alleghany County. He was preceded in death by two brothers, Tommy Billings and Mike Billings; grandparents, Beauford Billings, Frank and Bessie Irwin. He loved his Lord and Savior Jesus Christ. He enjoyed spending time with his family, friends, and as a hobby he enjoyed mudslinging. He is survived by his wife, Cathy Andrews of the home; three daughters, Abby Andrews of Lowgap; Katrina Hoffman of the home; Sabrina Jarvis and husband Kevin of Washington, NC; one grandson, Ryker Jarvis of Washington, NC; his father, Danny Andrews of Hickory; his mother, Susan Billings Sweeting of Lowgap; his adopted mother, Mattie Dickens of Sparta; two sisters, Julie Andrews of Hickory, Debbie Todd of Sanford; one brother, Shane Morton of Raleigh; three nieces, Hope Billings, Christina Austin and Bailey Handy; many special friends and his church family also survive. The family requests the honor of your presence at the funeral service to honor the life of Mark at 3:00 p.m. Sunday, May 21, 2017 in the chapel of Grandview Memorial Funeral Home with Brother Graylen Blevins and Pastor Bill Spurlin officiating. Interment will follow at New Salem Baptist Church Cemetery with full military rites conducted by Bruce Wayne Osborne VFW #7034. The family will receive friends starting at 1:00 p.m. until time of the service at the funeral home and other times at 351 Little River Drive, Sparta, NC. In lieu of flowers memorials may be made to New Salem Baptist Church, c/o Louise Andrews, 1630 Pine Swamp Road, Sparta, NC 28675. The family would like to extend special thanks to friends that have showed their love and support. Grandview Memorial Funeral Home is proudly serving the Andrews family and if you wish, online condolences may be submitted to the family at www.grandviewfuneralhome.com.

The family of Pastor Mark Andrews created this Life Tributes page to make it easy to share your memories.

Send flowers to the Andrews family.