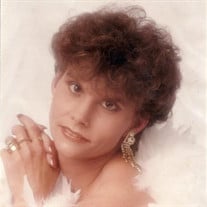 Pauleen Davis Poole, age 57 of 1945 Dewitt Road, Sparta, NC passed away Wednesday, April 10, 2019 at Wake Forest University Baptist Medical Center in Winston-Salem, NC. She was born June 21, 1961 in Adelaide, Australia to the late Donald E. “Don” and Lillian McGowan Davis. In addition to her parents, she was also preceded in death by a brother, Phillip Davis. Pauleen founded and operated NWSPCA and was a private chartered animal cruelty law enforcement officer. She is survived by her husband, James A. Poole, Jr., of the home; three sons, Mark Romeo and wife Tamara of Australia, Joseph Romeo and wife Amber of Australia, Leigh Romeo and wife Amy of Australia; one brother, Terry Davis and wife Sonya of Australia; one sister, Tonya Raider of Australia; one stepson, Joshua A. Poole of Wimberly; two sisters-in-law, Lisa Berkebile and husband Robert of Jarrettsville, MD, Sondra Magness and husband Robert of Bel Air, MD; uncles and aunts, Ralph Poole and wife Peggy of Hillsville, VA, George Osborne and wife Barbara of Ennice, Mack Osborne and wife Kay of Glade Valley, George Edwards and wife Bobbie of Florida; sixteen grandchildren; several nieces and nephews also survive. The family requests the honor of your presence at the funeral service to celebrate the life of Pauleen at 11:00 a.m. Friday, April 19, 2019 in the chapel of Grandview Memorial Funeral Home with Brother Hugh Miller officiating. Interment will follow in Sparta Cemetery. The family will receive friends one hour prior to the service at the funeral home. Flowers are appreciated or memorials may be to Brenner Children’s Hospital, Pediatric Oncology Fund, Medical Center Blvd., Winston-Salem, NC 27157. The family would like to extend special thanks to all family and friends that supported Pauleen through her battle with leukemia. Grandview Memorial Funeral Home is proudly serving the Poole family and if you wish, online condolences may be submitted to the family at www.grandviewfuneralhome.com.

The family of Pauleen Poole created this Life Tributes page to make it easy to share your memories.

Send flowers to the Poole family.