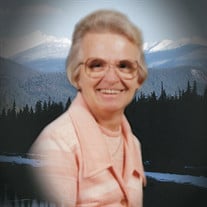 Pauline Lugene Brackins Dowell, age 87 of Sparta, NC went to her Heavenly Home from Grayson Rehabilitation and Healthcare in Independence, VA, on Friday, January 5, 2018 with family at her bedside. She was born on May 30, 1930 at Doxen’s Corner, Maryland to the late George Washington and Stella Caudill Brackins. In addition to her parents she was also preceded in death by one son, Hobert Aaron Dowell, six brothers, Wayne Brackins, Leff Brackins, Marvin Brackins, Ray Brackins, Ralph Brackins, Paul Brackins, three sisters, Isabelle Grace, Alma McNutt, and Doris Scerbak. She was the tenth of eleven children and a twin. She graduated from Bel Air High School in 1949. She worked at Beta Shoe Company until 1952. She bore five children and was a stay-at-home wife and mother until 1974 when she returned to the public workplace at Modern Globe. She continued there until 1993 when she returned to the home to care for her aging Mother until her passing. She later took her aging father-in-law into the home and cared for him with the same love and grace until his passing. She was a kind and gentle-natured person. She loved her Lord and Savior and diligently served Him alongside her husband. She raised her children instilling in them love for God and family. She was known for her ease at playing the guitar, which she learned from watching her brother and having him show her “some things”. She played and led the family in singing praises to her Lord with a sweet soprano voice from the time any of the children can remember until they left home. She then continued to play and sing with Hobert until the guitar became too heavy for her to hold and play. She was always sized up by children due to her short stature and kind nature; we all grew up comparing our height to hers. Children always gravitated to her. She was forever giving of herself to others. She loved bowling and met and fell in love with the love of her life at a bowling alley while she and her friends waited on a lane. In later years, she bowled with the Coffee and Donuts league in Sparta and won several awards. She never showed off her awards; she quietly hung them on her bedroom wall only sharing her joy over them with her family. She is survived by her husband of 67 years, Reverend Hobert H. Dowell of the home, three daughters, Nancy Darlene Dietle and spouse, Marlin of Kingsville, MD, Judith Elaine Smith and spouse, Eric of Ferguson, NC, Barbara Dowell Wilson and spouse, Kenneth of Ennice, one son Samuel Ivan Dowell of Ennice, five grandchildren, three great-grandsons, several step-great-grandchildren, one daughter-in-law, Edna Lyons Dowell of Glade Valley. She is also survived by one brother, William Curron Brackins and spouse Imojean of Southport, two sisters-in-law, Virginia Brackins of Forest Hill, MD, and Shirley Brackins of Bradenton, FL, several nieces and nephews also survive. The family requests the honor of your presence at the funeral service to honor the life of Pauline at 2:00 p.m. Tuesday, January 9, 2018 in the chapel of Grandview Memorial Funeral Home with Reverend Charlie Bennett and Brother Tommy Brown officiating. Interment will follow in Whitehead-Joines Cemetery. The family will receive friends one hour prior to the funeral service at the funeral home and other times at the residence, 5622 Pine Swamp Road, Sparta, NC 28675. In lieu of flowers memorials may be made to Chestnut Grove Baptist Church, c/o Rev. Charlie Bennett, 1309 Shawtown Road, Glade Valley, NC 28627, or Mountain Valley Hospice-Hillsville, 1477 Carrollton Pike, Hillsville, VA 24343. The family would like to extend special thanks to Brother Hugh Miller, Cliff Mullins, and many friends that visited Pauline.

Pauline Lugene Brackins Dowell, age 87 of Sparta, NC went to her Heavenly Home from Grayson Rehabilitation and Healthcare in Independence, VA, on Friday, January 5, 2018 with family at her bedside. She was born on May 30, 1930 at Doxen&#8217;s... View Obituary & Service Information

The family of Pauline Brackins Dowell created this Life Tributes page to make it easy to share your memories.

Send flowers to the Dowell family.