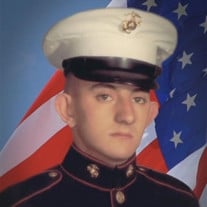 Stanley Ray “Clive” Gentry, age 69 of 557 Roaring Gap Church Road, Elkin, NC passed away at Frye Regional Medical Center in Hickory, NC, on Monday, December 18, 2017. He was born May 30, 1948 in Surry County to the late Don Ray Gentry and Arlene Jolly Gentry Ayers. In addition to his parents, he was also preceded in death by his wife, Carol Spicer Gentry and half-sister, Jimmie Sue Steelman. Clive was a Vietnam veteran who served his country in the U.S. Marine Corps. He is survived by the following: two daughters, Donna Herald and husband Will of Lenoir, Diana Epps and husband Colin of Morganton, one son, Gary Gentry of Lenoir, five grandchildren: Erica Greene, Ashley Fillers, Bradley Triplett, Tyler Triplett, Taylor Gentry, and one great-granddaughter, Monica Greene. Survivors also include one brother, David Bryan Gentry and wife Betsy of Cleveland, Tennessee, one sister, Barbara Gentry Halsey and husband Jim of Sparta, two half-brothers, Robert Bruce Jolly and wife Doris of Virginia Beach, Virginia, and Chris Gentry and wife Tina of Fountain Inn, South Carolina. A very special friend, Shirley Bare of Ennice, and several nieces and nephews also survive. There will be a private graveside service at Woodruff Cemetery with Pastor Danny Baugess officiating with full military rites conducted by Bruce Wayne Osborne VFW Post #7034. The family will receive friends at a “Joyful Celebration” of Clive’s life from 3 until 5 p.m. Thursday, December 21, 2017 at the Alleghany Jubilee, 25 North Main Street, Sparta, NC 28675. There will be no formal visitation at the funeral home, and the family requests no food. In lieu of flowers, memorials may be made to Bruce Wayne Osborne VFW Post #7034, PO Box 1838, Sparta, NC 28675. The family would like to extend special thanks to all the friends and family that have contributed to the care of our loved one through visits, calls, cards, and prayers. Grandview Memorial Funeral Home is proudly serving the Gentry family and if you wish, online condolences may be submitted to the family at www.grandviewfuneralhome.com.

The family of Stanley Ray "Clive" Gentry created this Life Tributes page to make it easy to share your memories.

Send flowers to the Gentry family.